There are some people whose food instincts and advice I greatly respect. One of them is the voracious (and all-around awesome) Ed Lin, author of New York Chinatown thrillers “One Red Bastard,” “Snakes Can’t Run” and more.

So when Ed recently posted a photo of a bowl of noodles at his favorite Taiwanese place in New York, I immediately sat up. I trust Ed on all matters gastronomic — especially Taiwanese, a cuisine he knows inside and out.

Which is how a few days later, sous chef and I found ourselves wending down a narrow curvy lane in Chinatown, eyes peeled for one “Excellent Pork Chop House” …

END_OF_DOCUMENT_TOKEN_TO_BE_REPLACED

Snow, biting winds, ice chips pelting my windows — last weekend’s storm in New York City has had me wondering why I don’t just throw in the towel each winter and decamp to tropical Singapore.

What has gotten me through these past few freezing, sloshy days however, is my intense memory of and cravings for Singapore noodle soups.

These are harder to find in cosmopolitan New York than you’d think. Sure, Cantonese wonton soups and Vietnamese phos are everywhere. But beefy Teochew broths spiked with star anise or rich Hainanese curried noodle soups? I actually have never seen those on menus around here.

So when the weather starts turning in New York, the cravings begin. Which is how I haven’t been able to get Hoe Nam prawn noodles out of my head …

END_OF_DOCUMENT_TOKEN_TO_BE_REPLACED 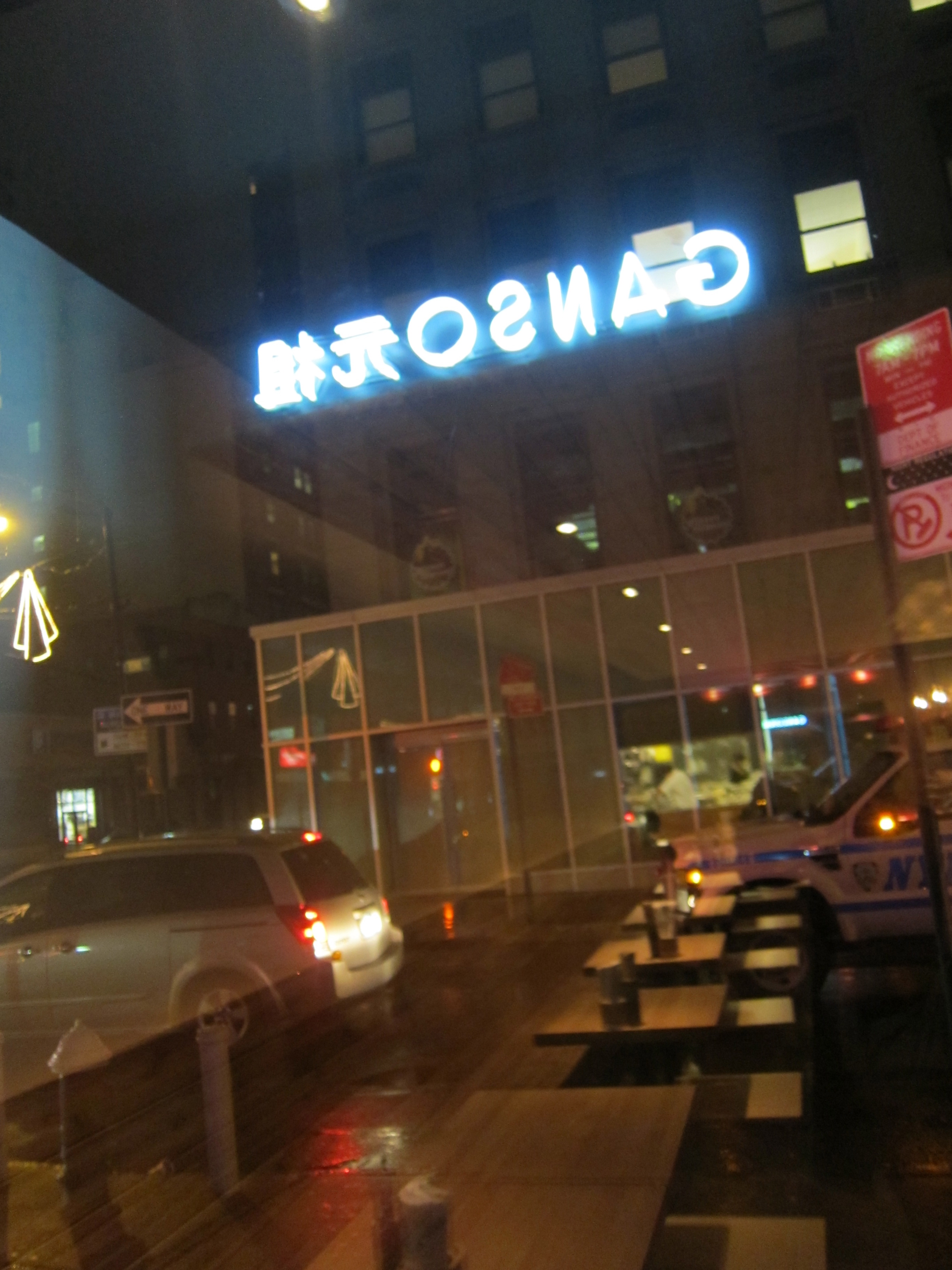 As someone who writes about food, I’m always thrilled to hear of a cookbook author opening a restaurant.

I find the idea that a writer who has invested time and sweat in mastering a cuisine has the guts to apply some of that knowledge and passion to a restaurant setting hugely inspiring. And so when I heard that Harris Salat, the fabulous author of several terrific Japanese cookbooks, had opened a little ramen shop in Brooklyn in September, I knew I had to stop in.

On a recent drizzly night — perfect weather for a hot bowl of noodle soup — it seemed like the time had come. So, we bundled up tightly and headed over to Ganso …

END_OF_DOCUMENT_TOKEN_TO_BE_REPLACED

For years, I’ve been telling anyone who’ll listen that the absolute best char kway teow in Singapore is over at Hill Street Fried Kway Teow

It appears, however, that I have been speaking out of turn. On a recent trip to Singapore, chef Willin Low (of the always impressive Wild Rocket restaurant) decided to correct me, putting me in his car and taking me to Hong Lim Market & Food Centre, a busy hawker center near the heart of Chinatown. Once there, we wended our way among the little stalls until we found one that had a line with more than a dozen people in it.

“Quick,” he said, shooing me to hurry over to Outram Park Fried Kway Teow Mee. “Get in line!”

This, apparently, was the best char kway teow in Singapore.