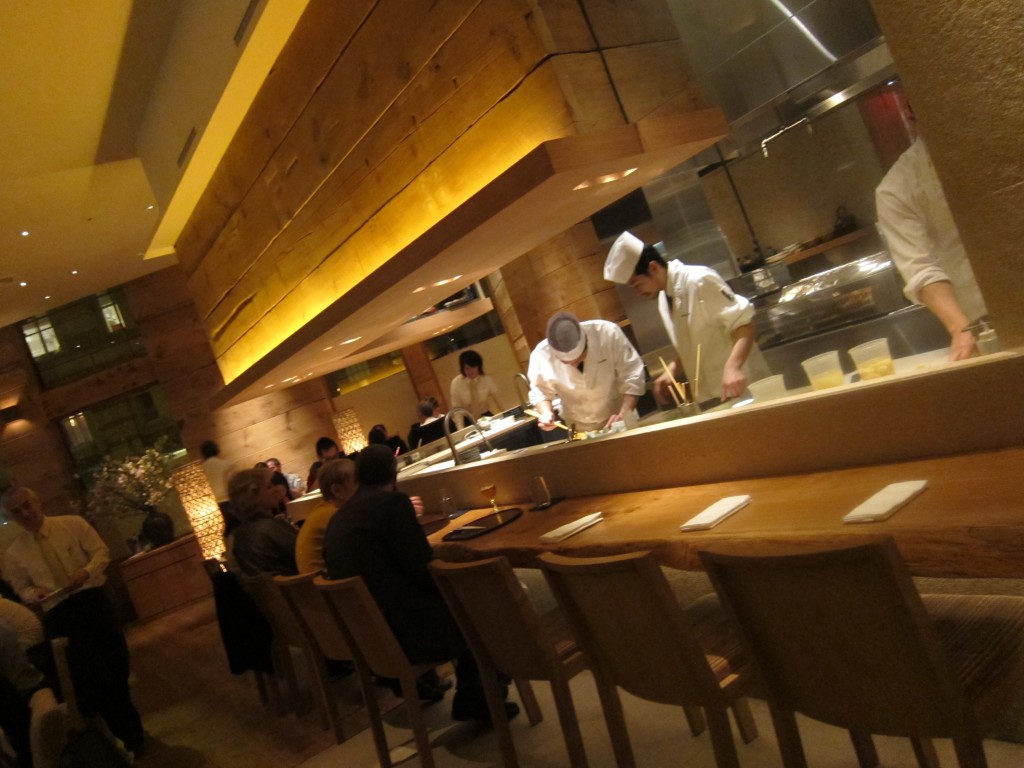 In New York, the city that has pretty much seen it all, when one of the more intriguing restaurant concepts in recent memory finally opens its doors after three years in the works, important writing deadlines simply have to (temporarily) be damned.

After a long fascination with and love for Japanese food, David Bouley, the American restaurateur behind New York’s upscale French standard Bouley, finally dipped his spatula into the country’s culinary heritage in April, opening Brushstroke in TriBeCa, a collaboration with the Tsuji Culinary Institute in Osaka that was conceptualized as an homage to the cuisine. (The name is a nod to the artistry that goes into Japanese food presentation.)

We were curious to see what a French-inflected American chef and some of Japan’s best culinary instructors would cook up. So with great appetites, we closed our laptops and off we went …