If you’re only going to eat one thing in Shanghai, let it be this: Xiao long bao.

Soup dumplings — or XLB, as some of my friends call them — are to the city what pizza is to New York. When you’re there, they’re simply a must.

When book travels took me to Shanghai earlier this year, I was determined to hunt down the best in the city. Over and over, I kept hearing about Jia Jia Tang Bao, a little place that locals and expats seemed to adore equally.

So, on my very last morning in Shanghai, we bundled up and braved a gray drizzle to head over to Huang He Lu …

There are a few soup dumpling places along Huang He Lu, a road that’s packed with little shops selling casual street food.

Just look for the shop with the line outside. 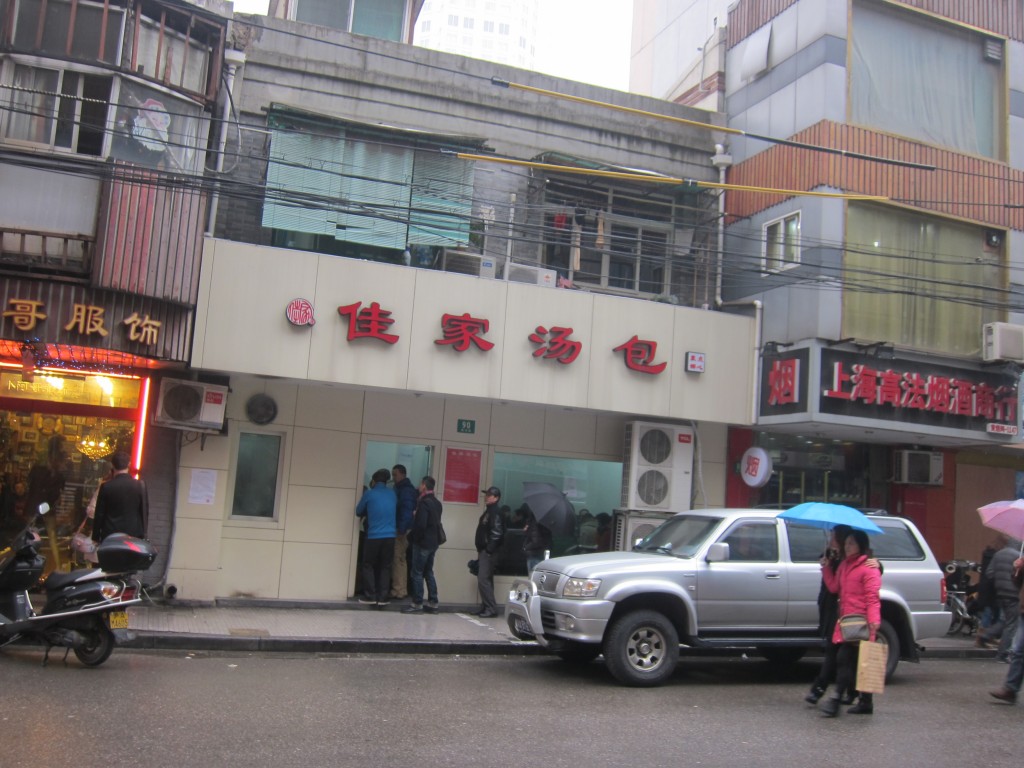 The place is tiny — what you see below is pretty much all there is to it — so there’s often a line outside no matter what time of day it is. 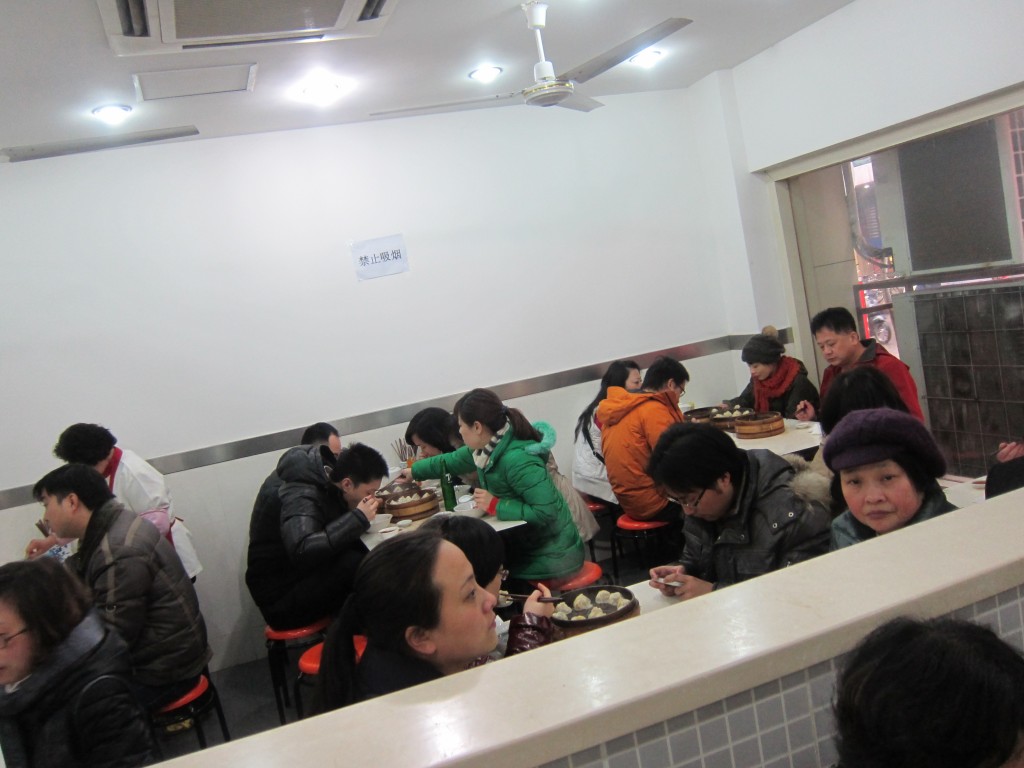 The first thing you’ll see when you walk in is a soup dumpling production line. (They make it look so easy — when I make dumplings, I’m never that cheery and my dumplings never look great!) 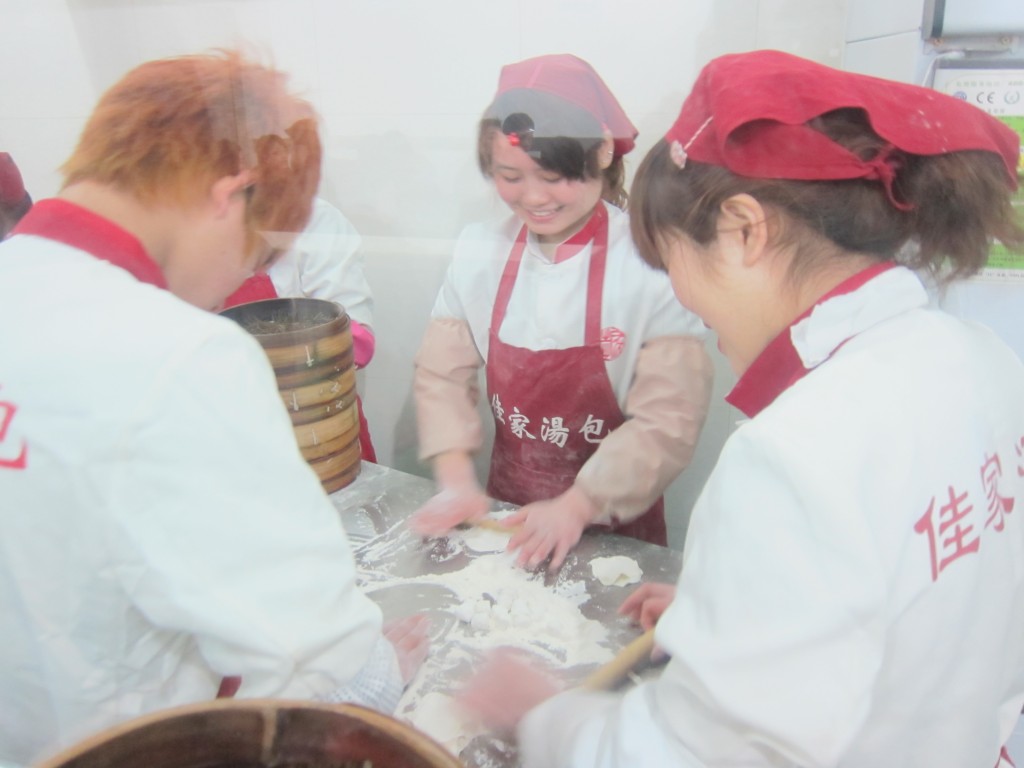 After you’ve placed your order at the counter, you have to scramble to find some seats before the dumplings arrive. (You’ll have to be quick because these dumplings will appear fast.) 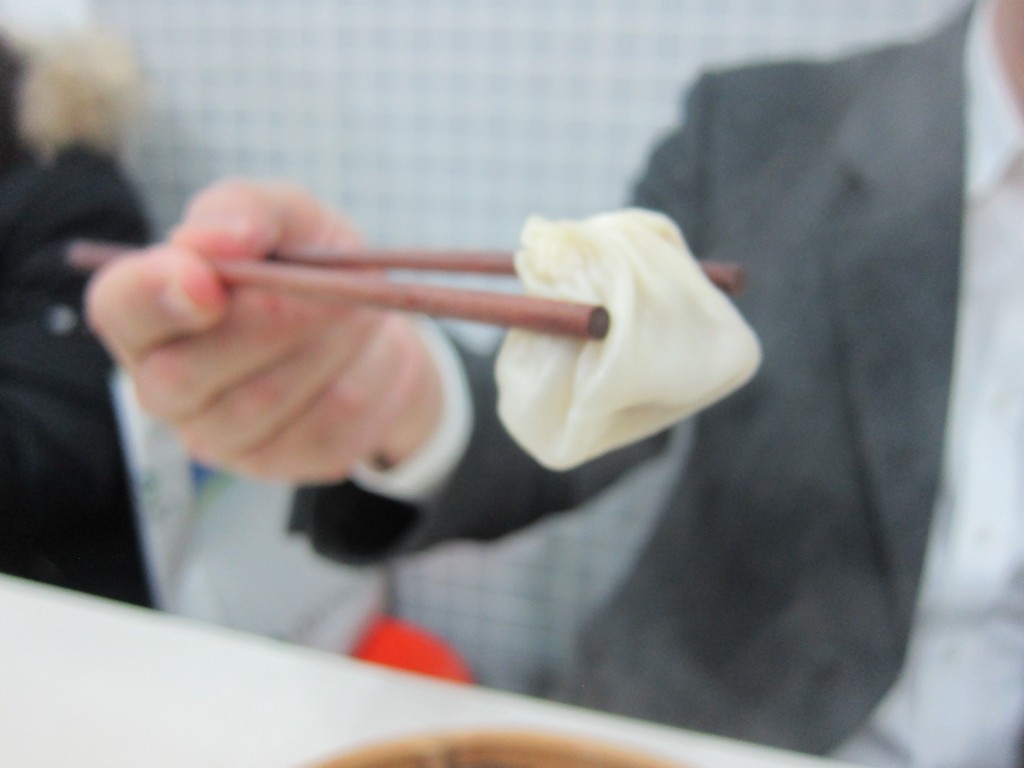 We sampled several kinds — basic pork, crab and pork with salted egg yolk. The dumplings came in a large long — each one featuring 12 dumplings of a certain kind.

I’d like to say that we could tell the difference between each kind but apart from the fact that the crab was a little blander and the salted egg yolk had a slightly sandy quality to its filling, all the dumplings started to taste the same after a while.

Which is not to say they weren’t great. They were, in fact, terrific — each one was beautifully crafted, steamed to perfection and sent a lovely shot of umami when it burst in our mouth. 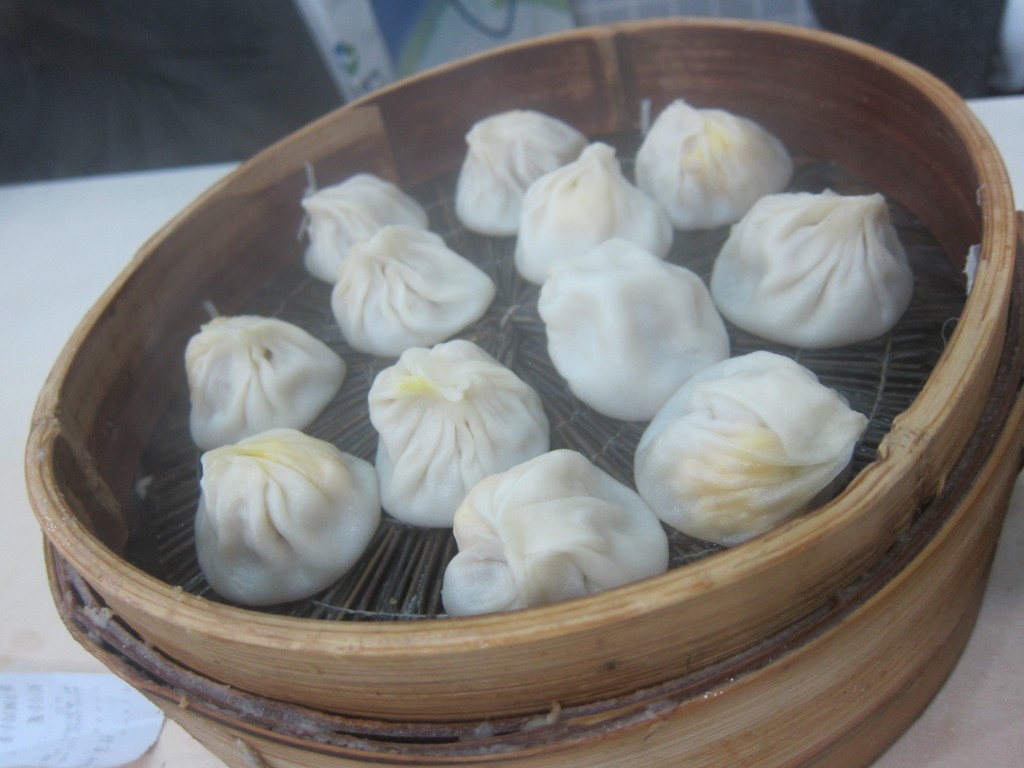 The best part was, even with the extra charge for a ginger dipping sauce, our bill for 36 xiao long bao came up to about U.S. $9. 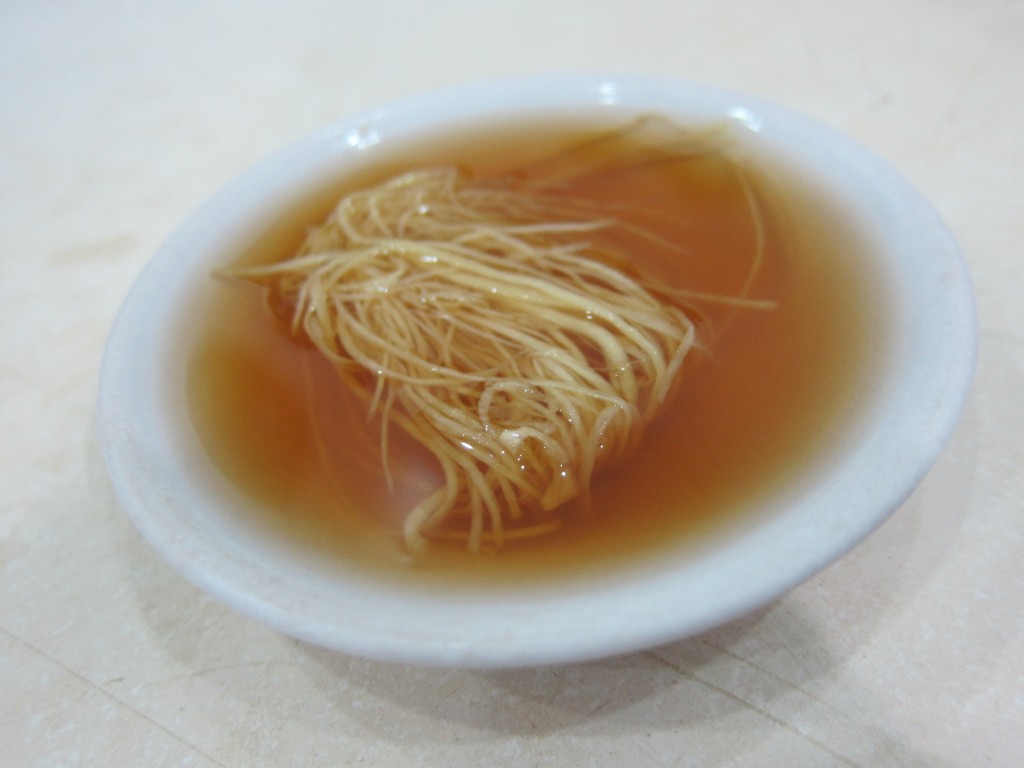 Now, if only we could eat there every day … 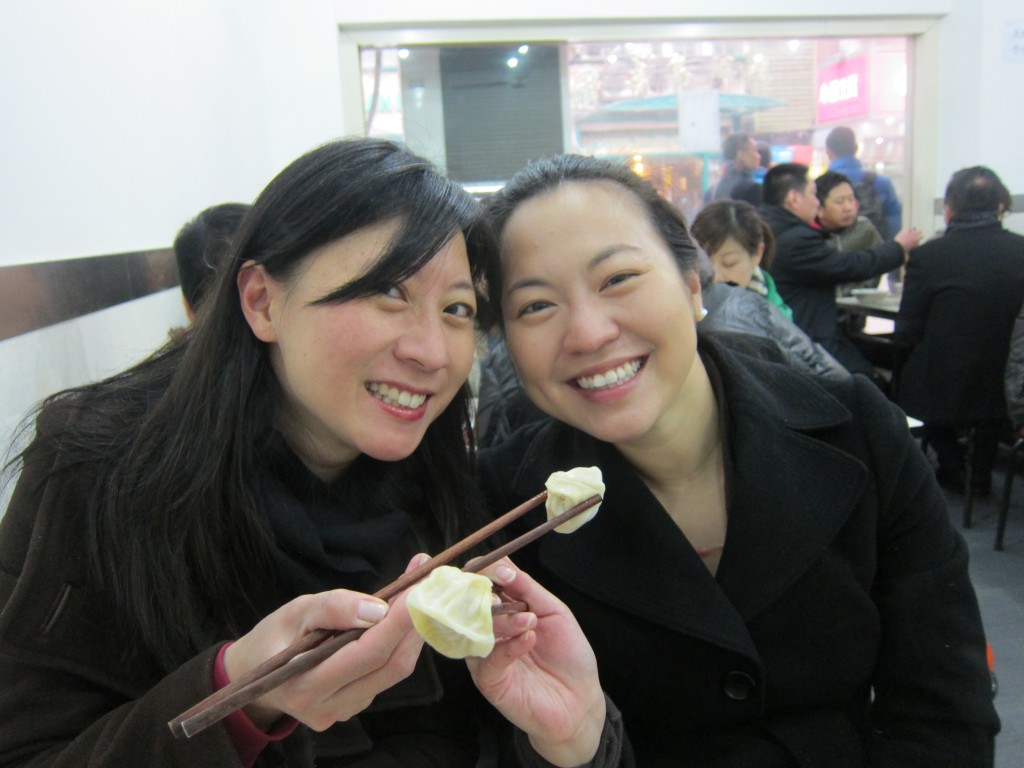