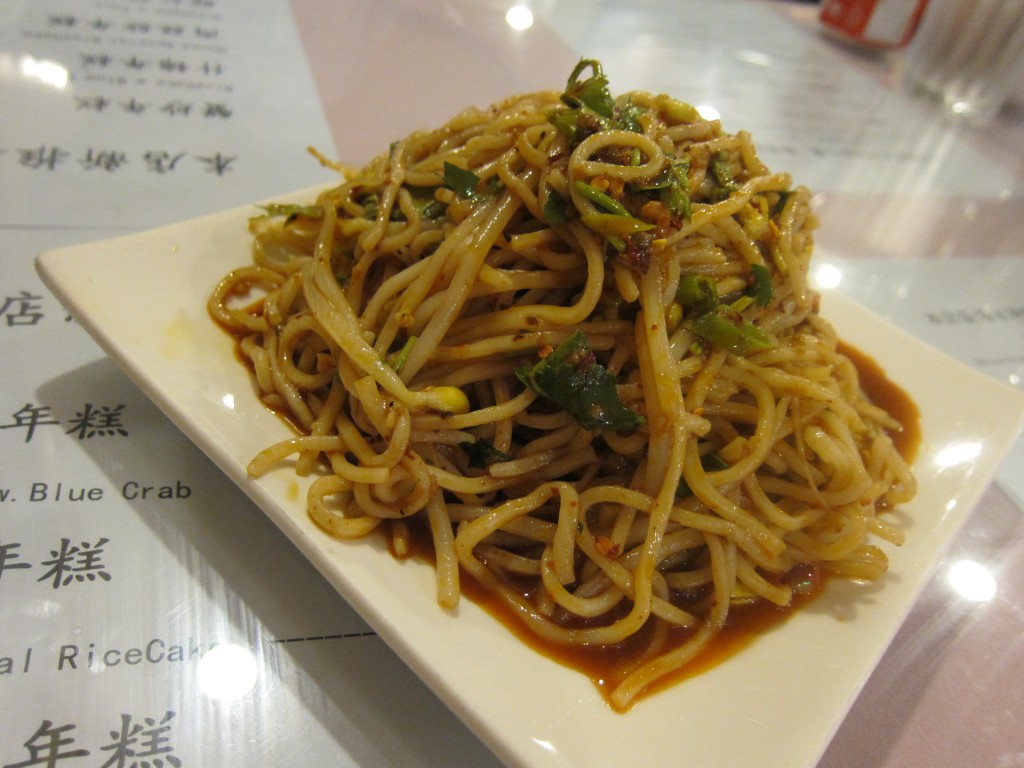 The best policy when it comes to summer eating is — the hotter it is, the spicier the food.

Growing up in a tropical country tends to teach you this, anyway. And so when temperatures soared in New York City recently, fiery noodles and stir-fries started beckoning.

Now, living in New York gives you no dearth of great options when it comes to spice — Grand Sichuan in the East Village and Chelsea are both phenomenal. As is Wu Liang Ye in Midtown. We’d been reading lyrical posts about the offerings at a little Chinatown place that boasts authentic — and flaming-hot — Sichuan food, however.

So when a recent day had us marinating in sweat the moment we stepped out the door, we found ourselves making our way toward Famous Sichuan on little Pell Street… 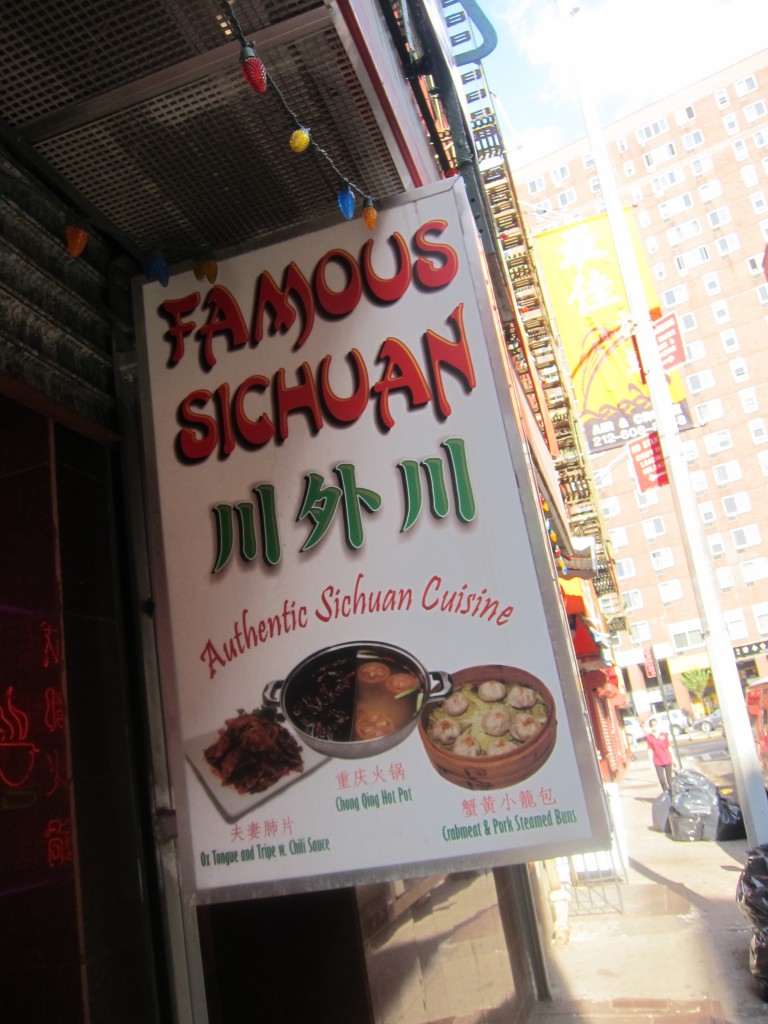 The place was promising from the beginning — the waitresses speak English, but not well. And the setting, though fancier than many Chinatown holes in the wall, was spare. (I’m always suspicious of Chinatown places that try too hard in decor — if they need all those bells and whistles, they’re likely making up for a lacking.)

To begin, we kicked off with a classic — Chengdu noodles with spicy sesame sauce ($4.50). Even though this was an appetizer portion (pictured above), the plate was so heaping this would have functioned as a perfectly decent entree. The more the better, however — these noodles are among the best chilled Sichuan noodles I’ve had. You could really taste the sesame paste on these noodles — combined with spicy oil and a little crunch from mung bean sprouts, the noodles were outstanding.

The thing here to get, we’d read, was the Chengdu double sauteed pork ($10.95). I’m not a big fan of this dish generally, given how fatty the pork is. The thin strips of pork belly are often not as crisp as I’d like, making me feel a little like I’m gnawing on flaccid strips of bacon. (I know, I continue to be a disappointment to my Chinese relatives for not fully appreciating the wonder of fried fat.)

The dish here, however, was nicely done — the pork was well cooked, some bits with a little bit of charred crunch to them. And the plate was so loaded with juicy plump peppers that it makes you wonder why one should bother eating non-spicy greens at all. 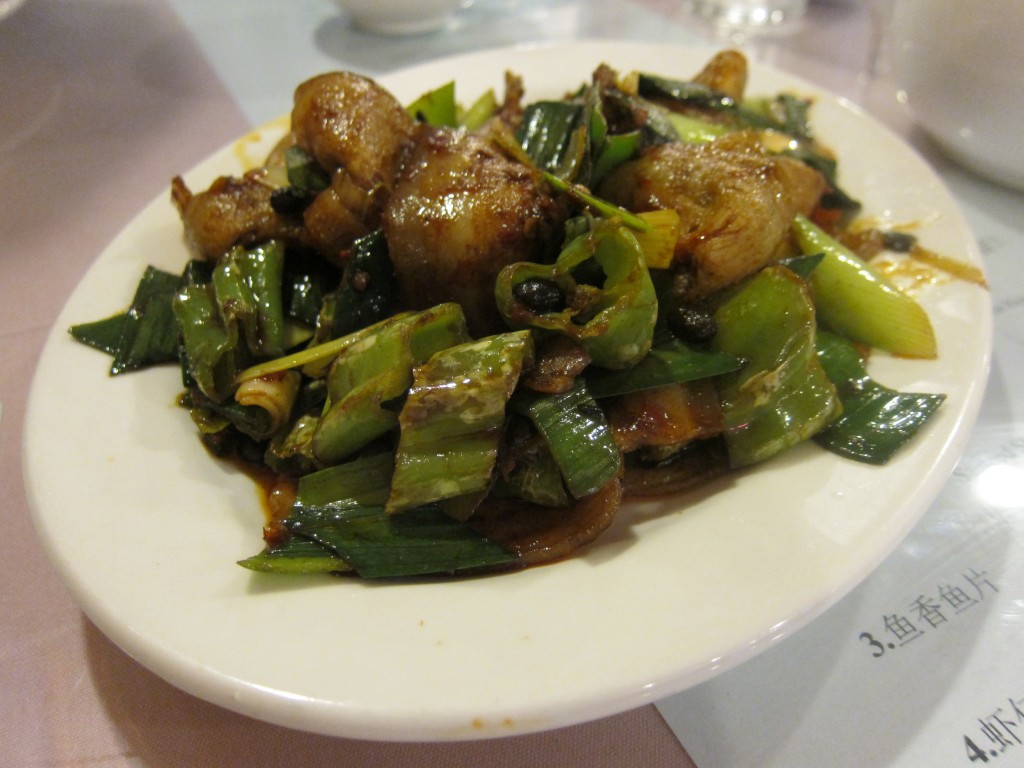 Peppery dry-fried Sichuan chicken is always a must for me — if you haven’t tried Grand Sichuan’s, you simply must. It’s seriously addictive.

At Famous Sichuan, however, this chicken — listed as stir-fried chicken with spicy capsicum ($11.95) — was only s0-so. The chicken pieces tasted a little old and the dish, though filled with a melange of peppers of all sizes, was not as spicy as one would expect. (The peppers on their own, however, were delicious.) 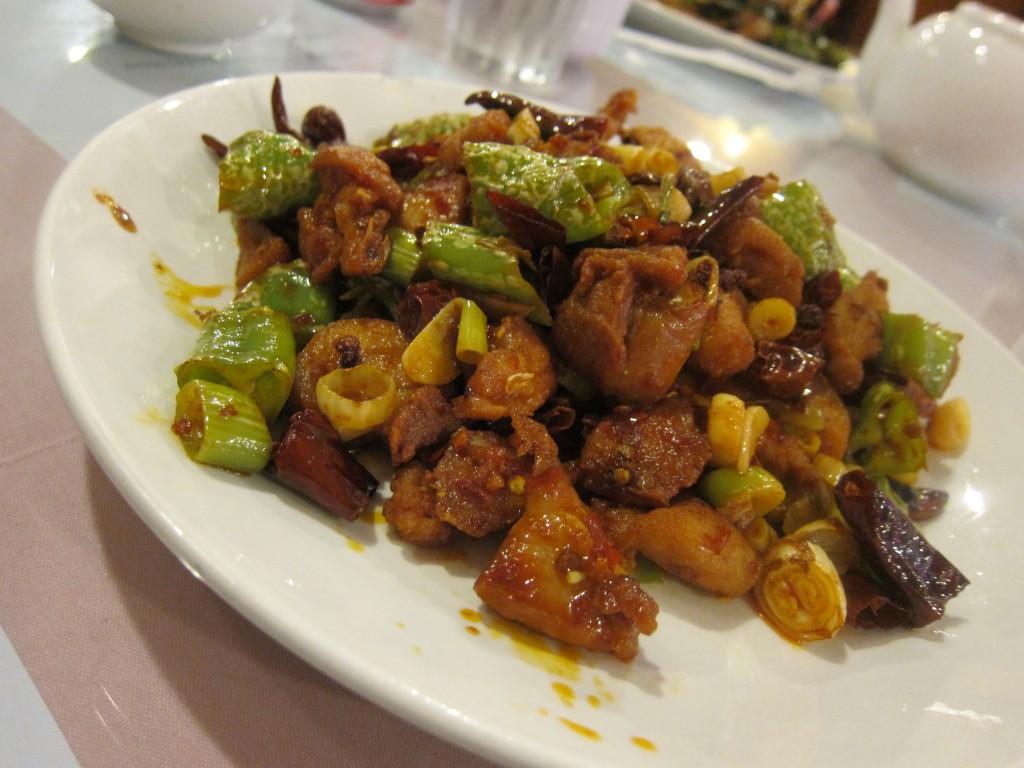 As Sichuan meals go, this isn’t the best you’ll find in New York — the noodles are worth returning for but far better versions of the rest can be found in other places. If you have a spicy itch to scratch, however, it’s not a bad pitstop. Just be sure to bring your leftovers home — they taste even spicier the next day.