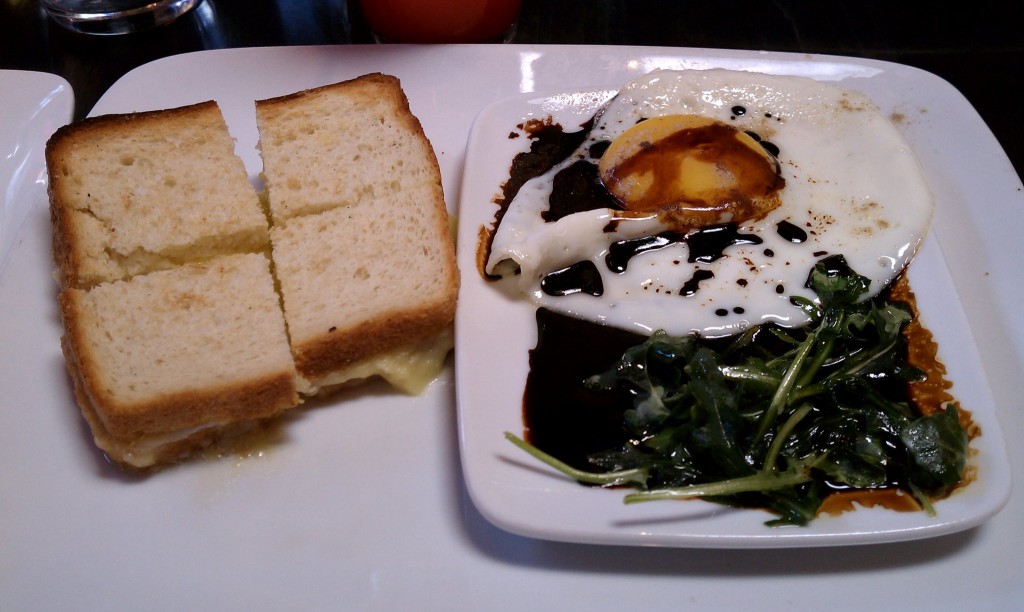 As anyone who knows me will tell you, I have spent the better part of my life rebelling, pushing the boundaries, and, often, breaking rules.

There are some things I consider sacrosanct, however — and supreme among them is Singaporean food.

When a dear friend told me this weekend of going to Susan Feniger’s Street in Los Angeles for a kaya toast meal — a popular breakfast in Singapore that involves runny soft-boiled eggs doused with dark, sweet soy sauce and white pepper, and slices of toast generously slathered with kaya, a sweet coconut jam — I was thrilled. I always feel such pride seeing the homespun dishes I grew up with making their way onto American menus.

And then I opened the picture of this “kaya toast” meal. The egg, firm and yellow, was certainly not soft-boiled. The vegetables were disturbing — greens have no place in a kaya toast meal. And the toast didn’t look nearly charred enough.

This, alas, is what Americans are discovering as kaya toast.

Don’t get me wrong — I am thrilled when Western chefs love Singaporean dishes enough to want to add them to their menus.

In Singapore, one of my favorite places to have kaya toast is Chin Mee Chin Confectionery, an old-school coffeeshop that looks as if it’s been largely untouched since the 1950s. At Chin Mee Chin, there’s a twist on the toast — the place uses puffy toasted buns instead of thin slices of toast (see above). The end result is just as delicious, however. (I’ve also been a little spoiled in the kaya department as my grandmother makes lovely kaya — you’ll have to check out my book for the recipe.) 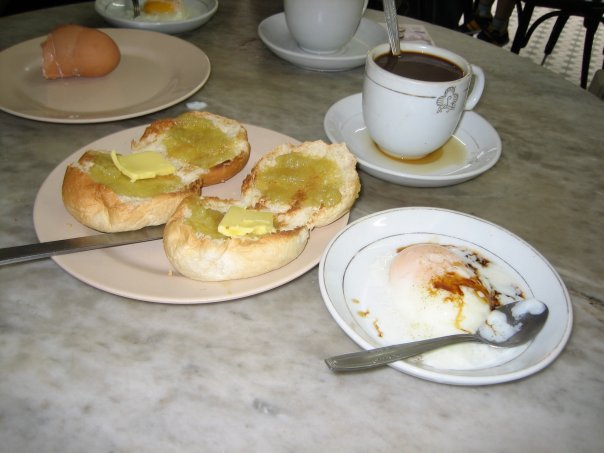 Because Singapore is so far away (more than 9,000 miles from New York City) and so tiny (if you put your finger on it on any map the country disappears — it’s that small), not many in the United States have had the pleasure of sampling the truest versions of its cuisine, which is a centuries-old hybrid of Malay, Chinese, Indian and European culinary influences. It warms my heart when chefs who do make the trip return waxing lyrical about the curried rotis and myriad wok-fried noodles that form the backbone of the cuisine, and storm their own kitchens wanting to recreate them.

If you’re going to do it, however — I implore you — do it right.

In Singapore, kaya toast breakfasts are so common you can get them at any neighborhood kopitiam, or coffeeshop, hawker center or shopping mall. There are even chains that specialize in selling kaya toast  — Ya Kun Kaya Toast, which started as a one-man operation in the 1920s, now has dozens of branches across the country selling kaya toast at all hours of the day. (Susan Feniger, in fact, invokes the storied history of Ya Kun’s founder Loi Ah Koon in explaining kaya toast to her Western audience.)

Now, this breakfast started as a cheap meal for coolies: eggs, coffee or tea and toast with kaya — a meal so simple and inexpensive that poor immigrants, laborers, policemen, children, could all afford to have it. These days in Singapore, it’s a meal that people of all economic backgrounds enjoy — you’re just as likely to see women in expensive, tailored suits slurping down runny eggs in the city’s financial district as you are the neighborhood uncle who’s propping up his bare foot on the plastic stool as he enjoys his crunchy toast.

I’ve spoken quite a bit recently about the importance of preserving one’s culinary heritage — of the importance of keeping the dishes and the stories surrounding them as a record for future generations. I’m all for experimentation and creating fusion versions of traditional dishes — Singapore’s cuisine, after all, is a pastiche of varied culinary traditions. But if that is your approach, come right out and say so. Don’t alter fundamental elements of a little-experienced dish and then present that as truth.