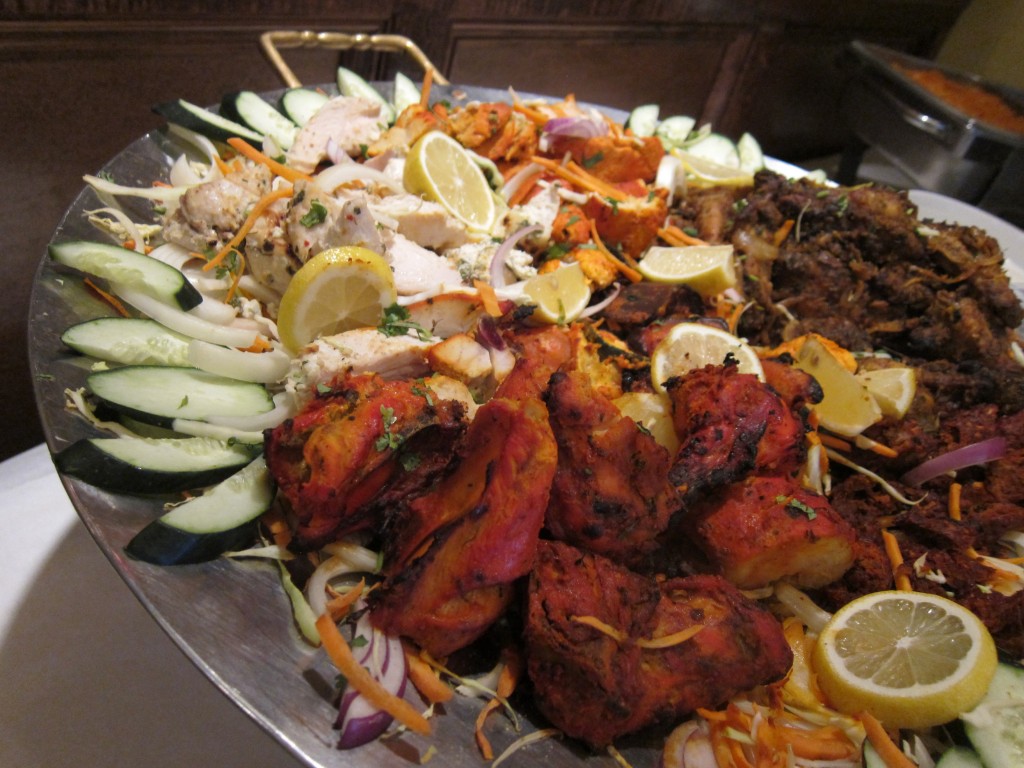 Something peculiar starts to happen whenever I go more than a few days without eating anything spicy.

Spirits start flagging; an irritability obliterates the charming and pleasant person I choose to believe I am. You see, in Singapore, where I grew up, almost everything is spicy — dinner, lunch, breakfast, even high tea, an occasion that’s often marked with curries and fiery noodles (and chased with clotted cream-slathered scones). Nothing is subtle; everything is jacked up with curry powder, peppers, tiny bird’s eye chilis.

At home in New York, where I am master of my own meals, these cravings aren’t a problem. But when I recently found myself at an artists’ retreat in the snowy woods of Saratoga Springs, N.Y., in the very fortunate situation of not having to worry about making my own meals for a few weeks, my demons started to emerge.

So, on a chilly Saturday, we piled into a car and off we went … 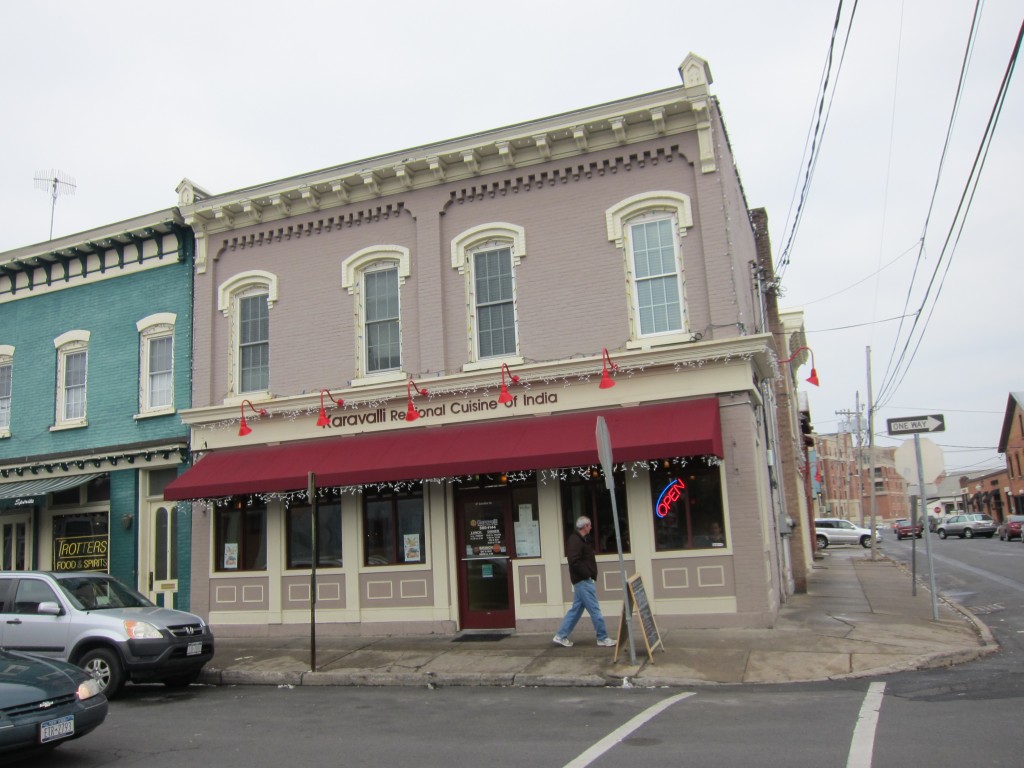 Karavalli, perched on a quiet corner of downtown Saratoga Springs, was promising from the start. The moment you walk in, the heady smells of Indian spices engulf you.

While the restaurant, which has taken cues from both Northern and Southern India, has an extensive menu, the buffet is the thing to have. At $12.95 per person, it’s fairly inexpensive and the spread is impressive. There is sambar, a lovely spicy vegetable and lentil soup, to start, as well as upma, a savory, starchy cream of wheat dish with curry leaves that is often eaten at breakfast in Southern India. 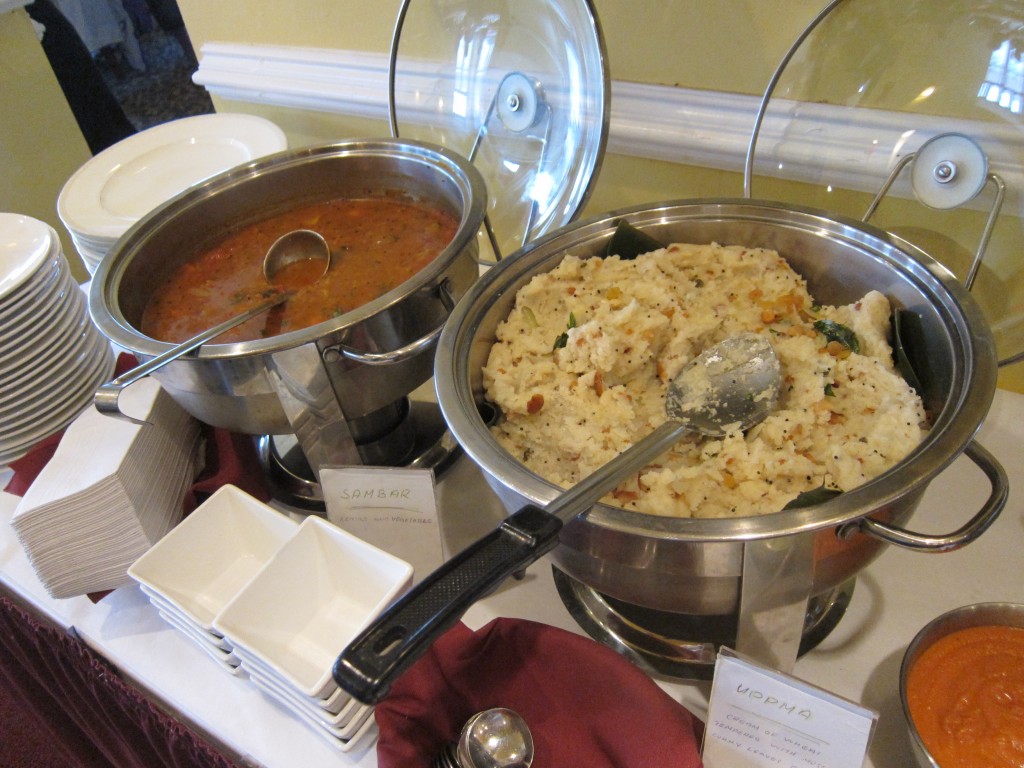 The lentil fritters looked delicious but were a little bland — this, however, turned out to be the only weak spot of this meal. 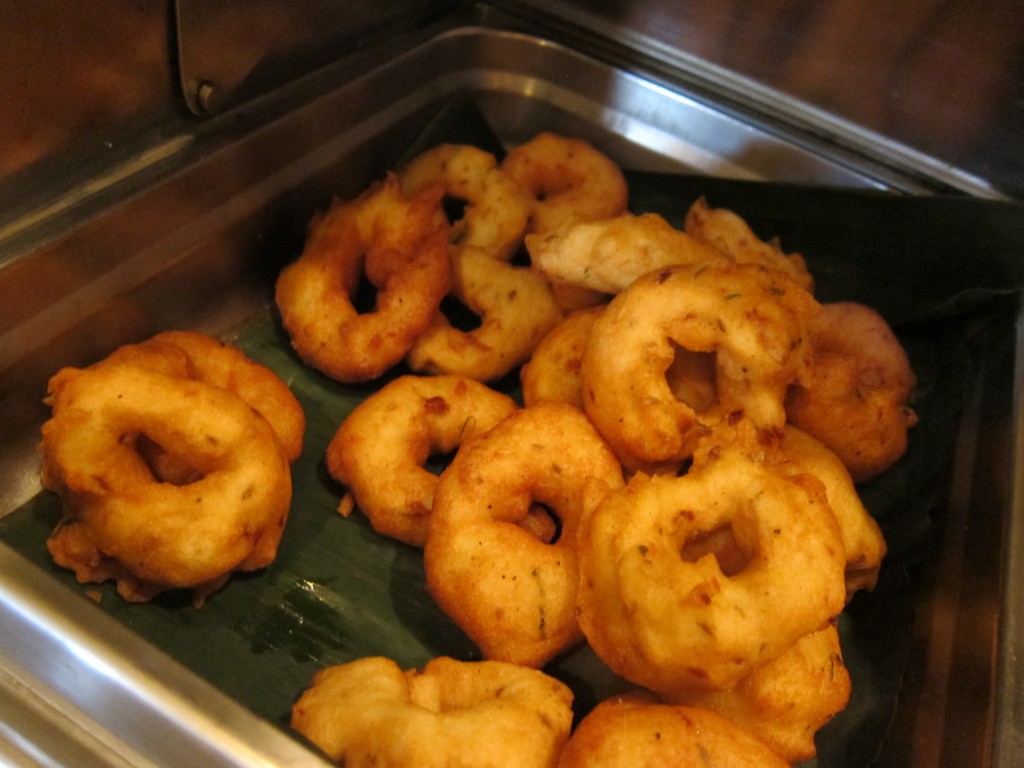 Next, you’re faced with a battalion of trays, each filled with various curries — shrimp, chickpea, spicy okra, lamb. My advice at this stage is to just pile it on — it’s all good, especially the butter chicken (chicken tikka masala), which is truly excellent. The chicken is tender and the creamy gravy is packed with flavor. 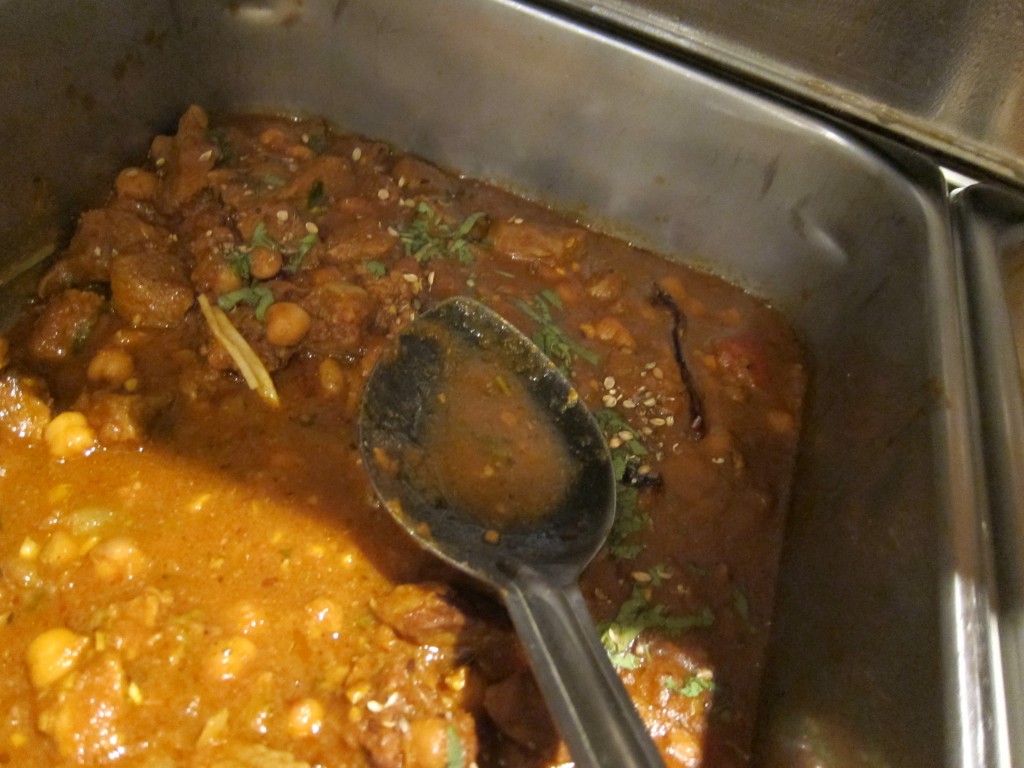 The thing that’s truly memorable at Karavalli, however, is its spread of tandoori meats (pictured way up top).

At most Indian buffets, tandoori chicken tends to be disappointingly dry. Not at Karavalli, where the meat is tender, moist and yet also manages to have a perfect crusty char. (The owner explained that he makes his tandoori meats throughout the buffet hours, bringing them out in small portions rather than making a large batch and letting it sit and dry out.) 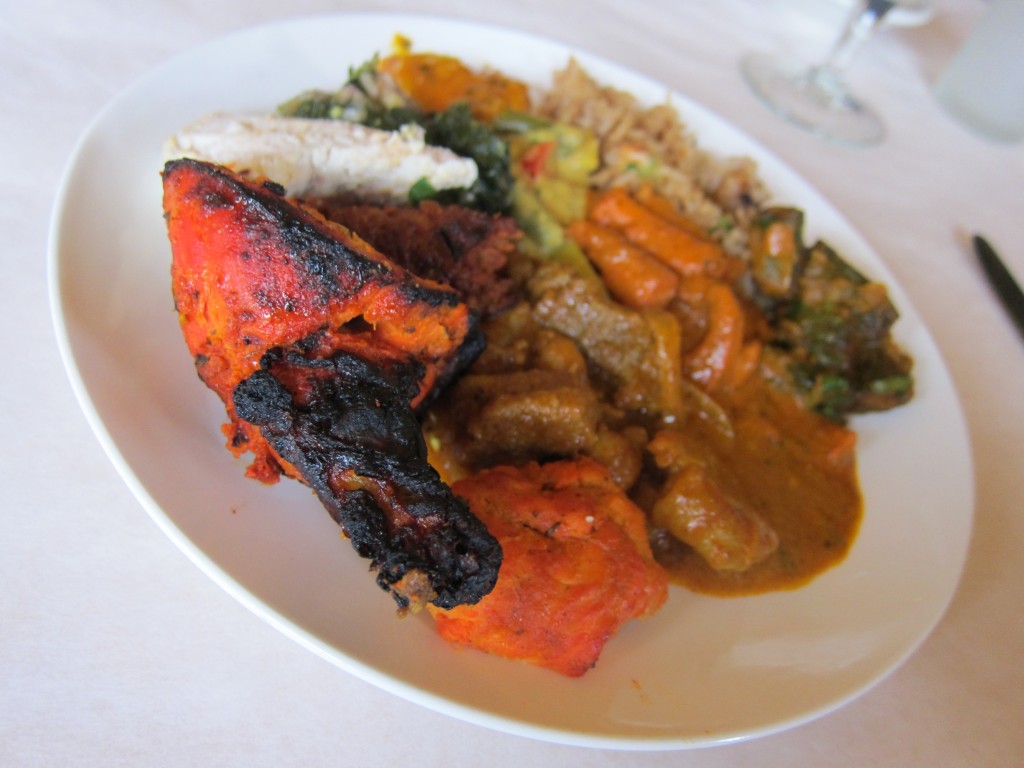 Other treats surface when you’re back at the table. Hot naan and dosa, which are crispy Indian pancakes … 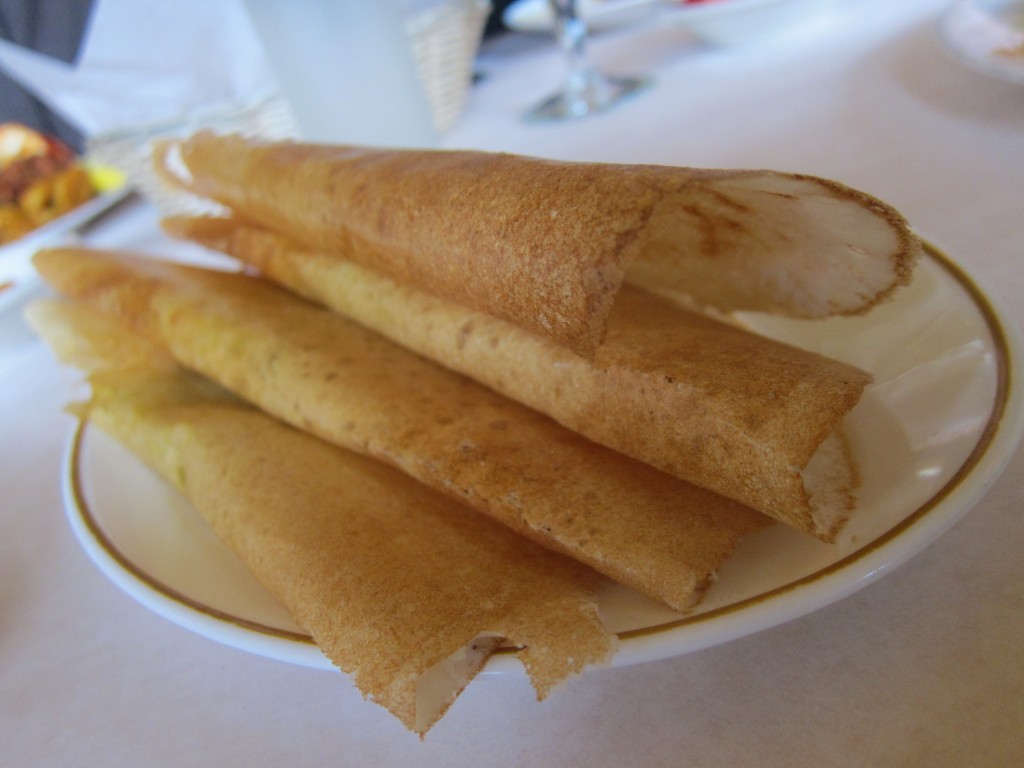 … filled with spiced potatoes. Dosa, whose success rests almost entirely on the airiness and crispness of the pancake, can be hard to pull off, but Karavalli does a really nice job here. I’d put these right up there with dosas I’ve had in Singapore’s Little India. 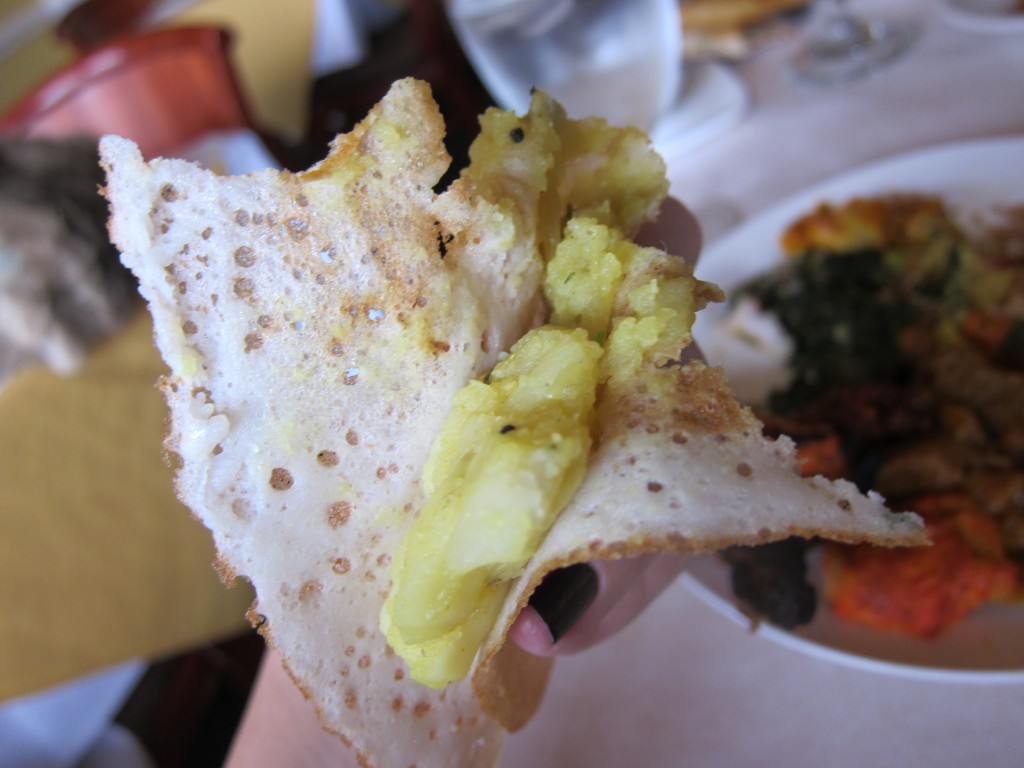 We found yet another unusual treat in the condiment section — spicy pickled lemons, which offer a tart foil to the heavy flavors on your plate. 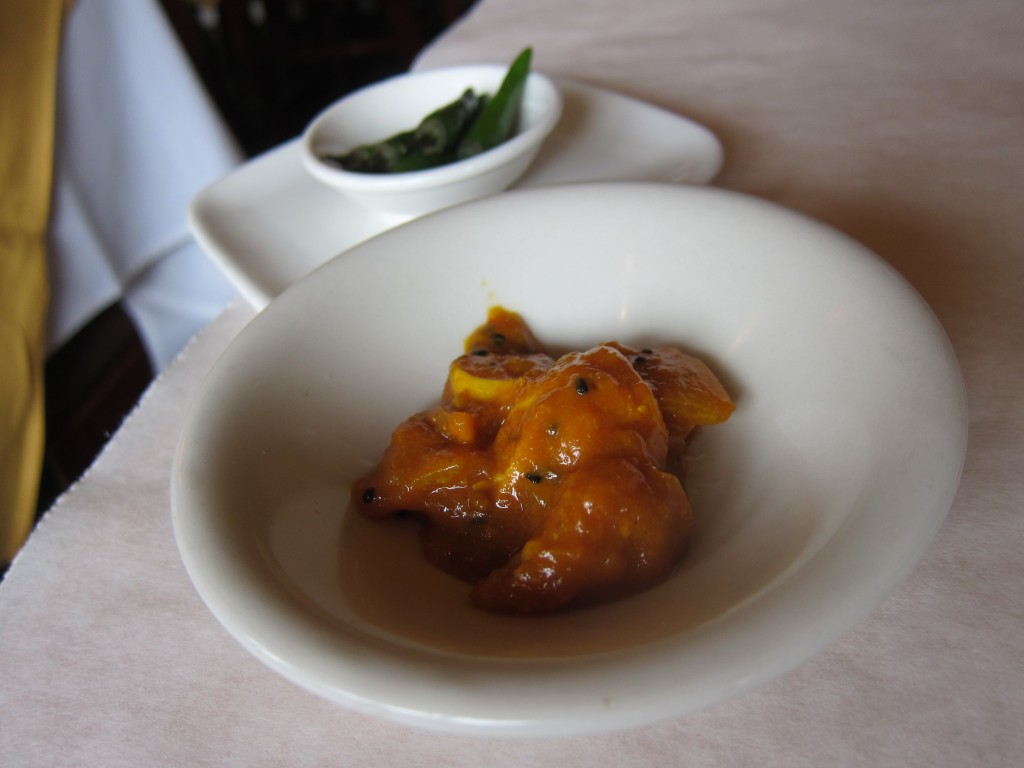 As much as I had enjoyed the meal, I was regretting my pile-it-on strategy by the time we got to dessert. Gulab jamun, deep-fried milk balls in syrup, were perfectly fried, soaked to spongy sweetness and just delicious. They’re definitely worth saving a chunk of room for. 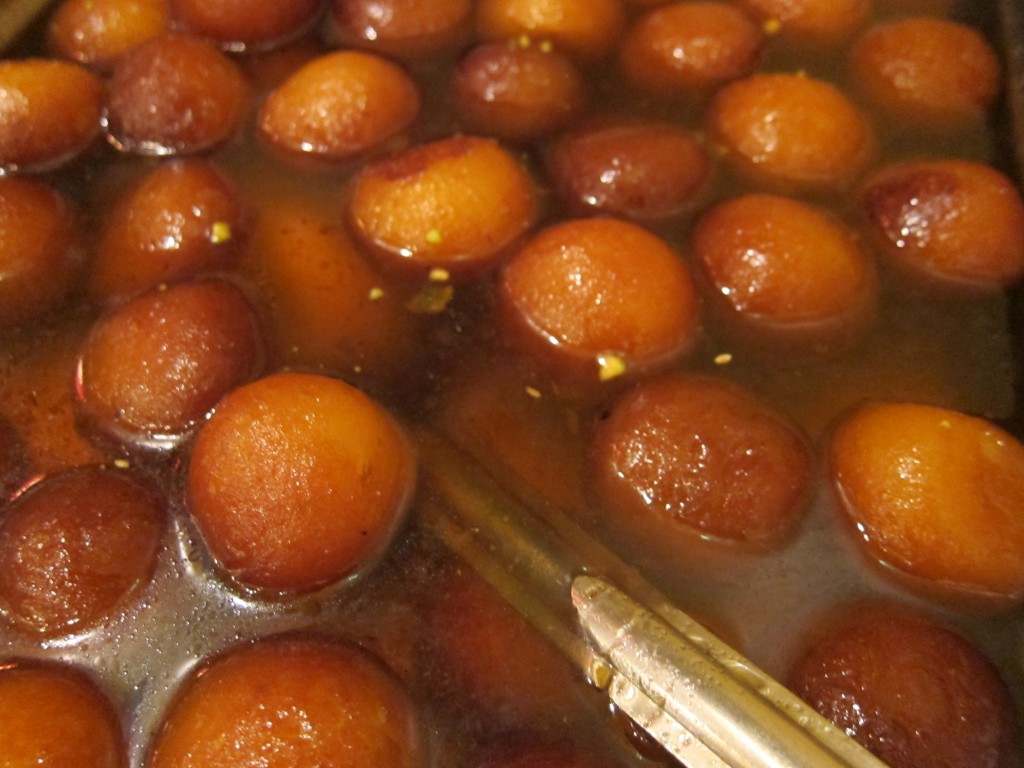 Now, I’m not usually the effusive sort, especially when it comes to Asian restaurants, which I tend to be more critical of than most. But Karavalli is simply a delight — and far better than most Indian restaurants I’ve sampled in New York City.

This Indian buffet slut would certainly call it a must-try if you’re anywhere near Saratoga Springs. (Or even if you’re not.) 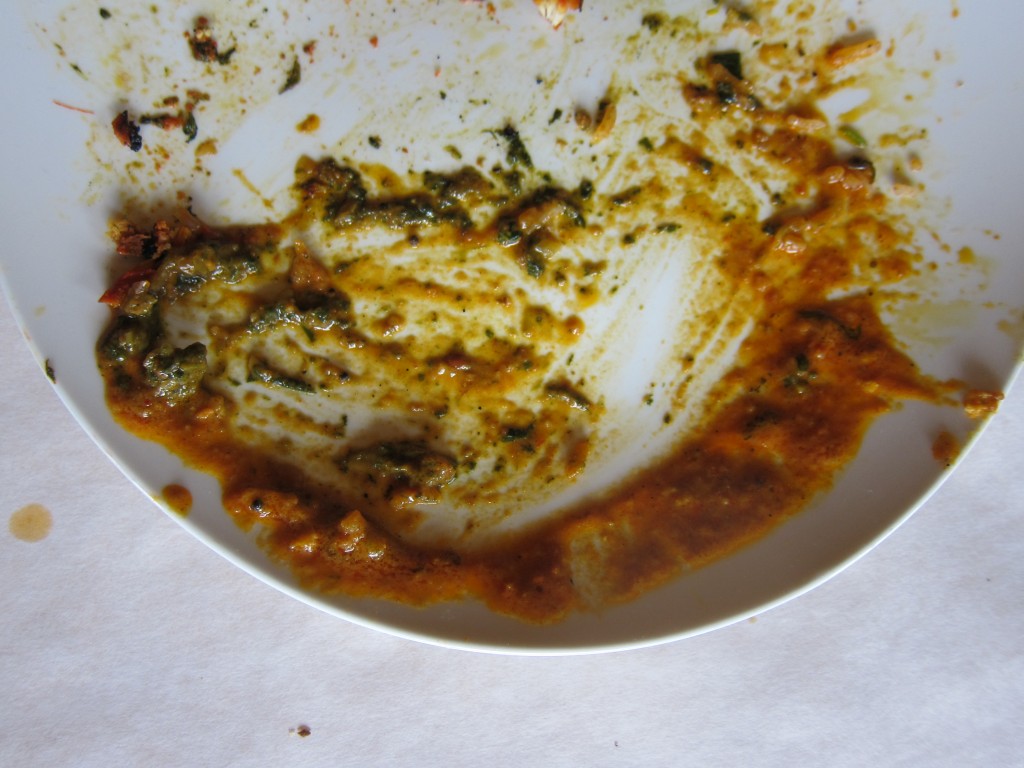